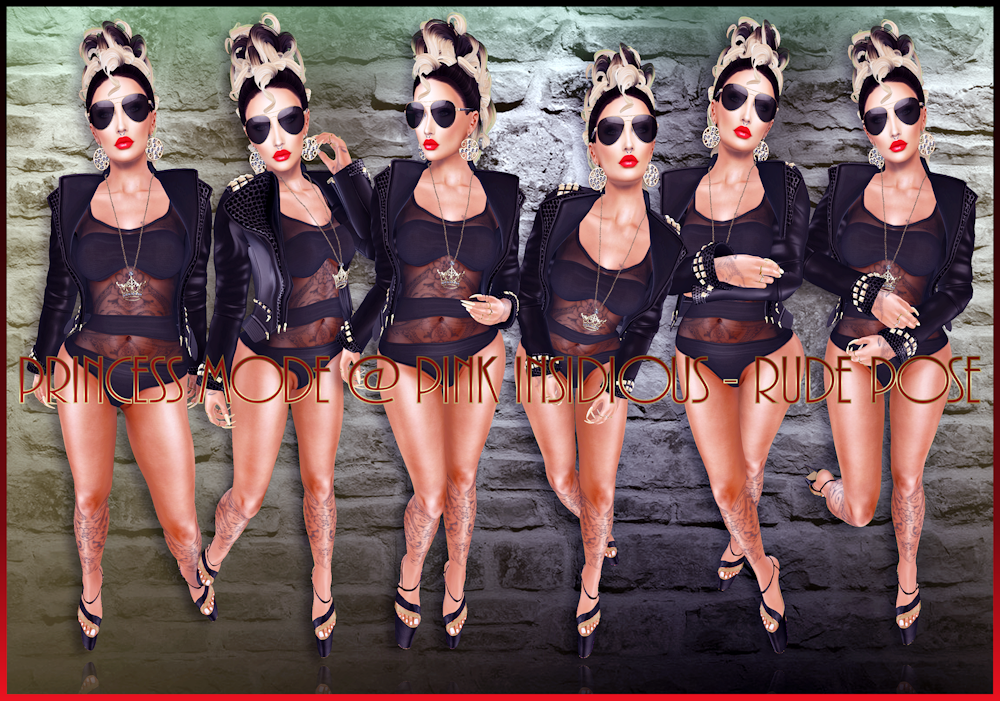 Hey all, just showing off the newest pose release named "Rude" poses by PrincessMode @ Pink Insidious which can be found in-store and the [marketplace].

everything she wore was in the very latest fashion of the Parisian demi-monde, that exaggerated elegance of a fashion plate which only the most exquisite of women could redeem from vulgarity." selong.org

As the innovation and capacities of both blaze and net programs have enhanced after some time, so has the potential for programming web recreations which make utilization of these two projects.
clashroyalehack

Glimmer is a project which permits both PC activity apparatuses and a great deal all the more encoding to make propelled anime like net outlines with an abnormal state of usefulness. showbox-app.net

As of late, software engineers have found how to outline shooting amusements that work in the glimmer motor, brushing the energized assumes that frame up the visuals of the diversion with the programming which characterizes the recreations rules. play game here