I don't know if any of you were aware of the devastating earthquakes hitting the north of Italy these last months.
I wasn't, shame on me.

The first earthquake, registering magnitude 6.1, struck in the Emilia-Romagna region, on 20 May 2012.
Two aftershocks of magnitude 5.2 occurred few hours after the main event and seven people were killed.
Nine days later, on May 29, a magnitude 5.9 earthquake struck the same area causing an additional eighteen deaths and widespread damage, particularly to buildings already weakened by the 20 May earthquake.
And again on June 3, 4 and 6  aftershocks struck the region, causing panic between people, who still don't know if this incubus is going to continue...

The damages of these earthquakes are terrible: 26 people died and thousands are homeless, living in tents.
The whole economy of the country was brought to its knees. 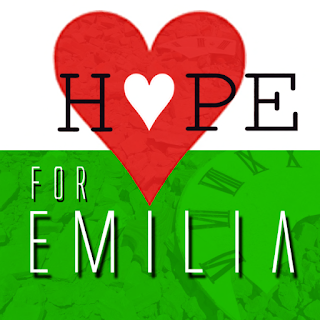 Hope For Emilia is an exciting event that will last from July 22 to August 9, 2012 and will include a Summer Fashion Fair, kick-off fashion shows, an art expo and entertainment events to fund raise for the victims of earthquake in Emilia (Italy).

One of the designers participating in HOPE FOR EMILIA is {Lily Bird} and I will be posting some of her creations she has for the event.

I am wearing the {Lily Bird} "Vida Bikini" which can be found at the HOPE FOR EMILIA Event in all the colors shown above.
100% proceeds of some of her items will be donated to the charity.


Take the TP and participate in this event!

Author: Princess Usbourne at 6:10 AM